Happy New Year! While this has been a tough year with my parents, this past week has been a good one. I have said this so many times before, but I truly believe that life with my alcoholic better prepared me for dealing with my aging parents. Each lives in their own reality and I can do nothing to show them the truth. My parents were happy and relaxed this week, a state that has not been in place since the end of October. I am thankful that we were able to spend the holidays together and they were in good moods and could enjoy our activities together.

Dad's Alzheimer's seems to come and go. There are good days/hours and there are rough patches. Sometimes he's more tired than others, and that causes additional confusion. This Christmas my dad still got worried when he didn't know where his car was (it was turned back into the dealership months ago) and he was wondering where their suitcases were when we took my brother to the airport for his flight back (Dad thought he was going back, too).

Mom was still focused on money—she has an obsession with knowing how much they have at any given moment. Her dementia was not as bad this week and she was able to relax and enjoy being around her grandchildren, my brother, and me. She has started to talk about the possibility of living in an assisted care facility. This conversation alone is a huge step in the right direction, even if a move to such a facility doesn't take place until the summer. At least this week she's been open to the discussion. 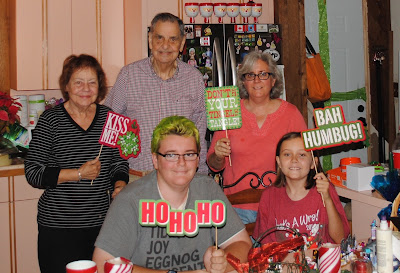 Mom, Dad, the kids and me

Our alcoholic continues to live in a self-absorbed world, calling my kids briefly on Christmas Day (2 months since the last time there was a call). My daughter continues to be angry over the fact that her birthday was forgotten and now Christmas seems to be all but forgotten, too. Our alcoholic is rarely a part of our world and whenever the alcoholic crops up and decides to contact them, they are able to deal with it and move on rather than letting the contact disturb them.

Relationships take time and energy. They are about being there in mind, body, and spirit, and not just texting or emailing. My children have learned this lesson at a very young age. Life is not about *things* it's about the people you choose to spend time with, whether they be blood relatives or the friends around you who have grown to be family. I'm not about reflecting on the past. I choose to live in the present and take life one day at a time. But tonight we will celebrate with those who have become family to us over the last 13 years. We're grateful for those who are here and celebrate the lives of those who are gone. 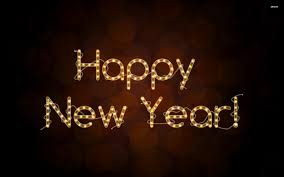 All is calm, all is bright

The kids and I are in full swing for Christmas—wrapping gifts for family and friends, baking cookies, and planning our activities over the two-week break from school. 2015 has been a very full year with all the normal (and abnormal) highs and lows. But all in all, life is good and we are looking forward to 2016.

All is calm, all is bright (for now). Christmas will be a quiet time this year. We'll have my parents over when my brother visits. We're planning to spend time together. My dad is doing fine these days, but my mother's confusion is lasting for longer and longer episodes. She seems genuinely angry all the time, and most of that anger is directed at me. At least I can rationalize that she's not herself. The hardening of the arteries is causing a lack of oxygen and blood flow to the brain. But she still refuses to go to a doctor or have the follow-up treatment that was recommended four months ago. DCF is no help at all because the house is clean, there's food in the fridge, and while mom may have fired the weekend person, the weekday people are still coming in to take care of my dad. It's been a very frustrating time to say the least. But this Christmas I will stay focused on the positive and look forward to a bright future for my kids. Happy to share the elves, Santa, and presents with them, as they always remember that the reason for this season is Jesus' birth. 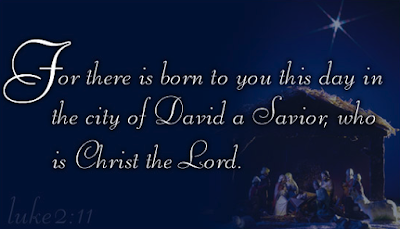 Posted by kburns at 6:12 PM No comments:

Tidings of Comfort and Joy?

As my kids and I are preparing for Advent and Christmas, we decorate the house, put up lights and buy a Christmas tree (yes, we still put up a live tree each year). My daughter coaxes my son to help her put out all the Christmas houses and light them. We sing Christmas carols and watch every single Christmas movie that was ever made (at last count we had about 25 movies, but some of the discs have 2 shorts on them. We pray every night for the those who need help and thank God for the wonderful life we have. Anyway, you get the picture.

This year, in particular, I have experienced firsthand how nasty some Christians can be to each other and especially non-Christians. I see it on Facebook where people post pictures of Christmas trees and then write "Go f*** yourself if you're offended." Really? I see posts about gun control, pro and con and equally offensive on both sides. Christian or not, when did we forget how to act like human beings and be respectful to everyone?

Last week I was called in before a governing church committee where I was serving as a music worship leader and told just how badly they believed I've been doing my job for the last 3 months. Only 1 in the group 7 actually has witnessed me doing that job, yet 3 of them believed it was their right as church leaders to be the judge and jury about my job. I never in my life been on the receiving end of such vitriolic attacks. I resigned 48 hours later after a great deal of thought. Constructive criticism is one thing, but these were direct and very personal attacks. Not only did the pastor sit by and let these people treat me that way, but then he did not reach out to me anytime over the next few days. Instead, he sent me a note asking if I could help out with a funeral on the weekend. Really? You let them tear me apart and then you want me to help you out when you're in a pinch?

Church is not a place I go to fight and I am doing my best not to become angry over this situation. So many people have reached out to me through phone calls, emails, and texts. I know we will stay in contact with many of the people we met at that church.  But church is supposed to be a place to uplift each other, not tear each other down. Christians want to know why their church congregations are dwindling—it's because many of them have an attitude that keeps newcomers from feeling welcomed. The hypocrisy among some churchgoers and their leaders keeps people on the outside, outside. (NB that last sentence sounded good when I said it out loud, but it reads a little weird :)  )

I live my life by the "Serenity Prayer" and have posted many blog entries about that prayer. I teach my children to do the same. We have learned over the last 5 years that everyone has choices and the only thing you have control over is yourself and your actions. If you choose to be a Christian, then act like a Christian. Lead by example—think for yourself, be responsible for yourself, and don't judge others. That's not your job. It's easier said than done and requires a lot of patience, understanding, and empathy. You need to be secure in yourself and your beliefs and not afraid to stand up for other people who may have different viewpoints. Mob mentality is what got Jesus crucified.

Merry Christmas and Spread Your Wings! 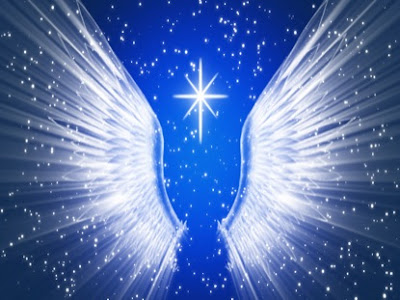 Posted by kburns at 6:44 AM No comments: